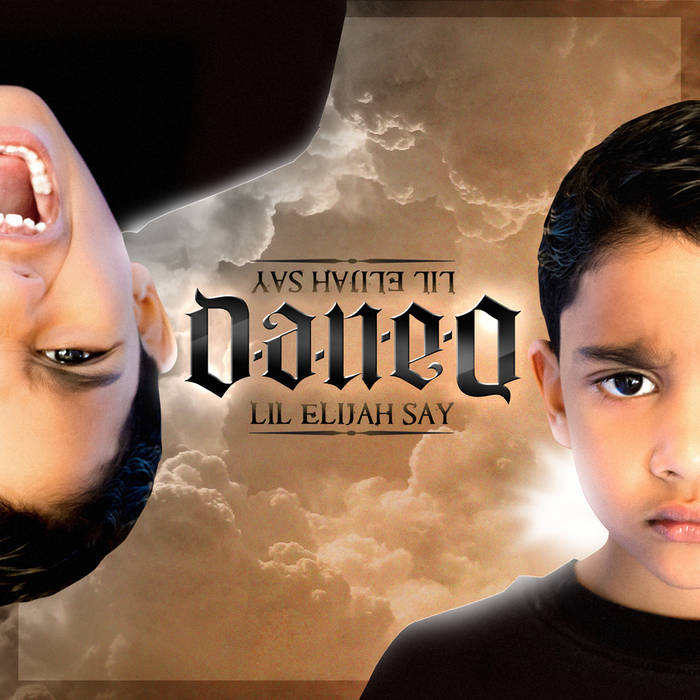 They say that the youth of today don't respect lyricism in hip-hop. Dan-e-o disproves that notion by featuring the six year-old son of producer Charisma a.k.a. Skizzz, Elijah Dias on the hook of this punchline-riddled banger! Note: this is the kid-friendly clean version.

Simple and plain, I cripple your frame
From your toes to the tip of your brain, a lyrical pitbull insane
You shrivel in pain, the trick is to fizzle your fame
When you rhyme, all are bored like hearing a whistle from trains
I make it pop like soda float, rhymes I rock are totally quotable
I'm harder than totem poles
Making waves like a motor boat
Make you feel a stage is where you ain't supposed to go like...at rodeos
Or better yet, a Klan meeting, to save you from Dan's beating
Your hands keep 'em from mics when this man's speaking
I'm land sweeping, quit your damn sleeping
Got more fans peepin' me than a new "So You Think You Can Dance?" season
Revoke your status, yeah, give you a badder stare
Than LeBron in the atmosphere of a fan of the Cavaliers
Any place I rap is where people clap and cheer
Dan-e-o ain't the phattest here? Huh, that is rare

The way I rock cause a major drop
In the ego that haters got, been fatal since my prenatal spot
Flow with a force a billionaire couldn't pay to stop
Leave you in a Mike Jack, Mick Jagg "State of Shock"
Want an assault? I brawl 'til I fall, appalled at your gall
You new...got flavor, but all of it's salt
I make you scream more than a scene that's part of a "Saw"
I'm a...but you under me, so I call you ball
Huh, this rhyme bearer brings some wild terror
Like I overdosed on some "How The...To Be Live" serum
My lines blare to make your tribe tear up
When I appear apparently nearer than objects in your side mirror
Oddly, it's part of me to live a rap odyssey
All of my arteries are chocked imbedded with artistry
If you're asking why I'm sorta mean
It's because since the beginning I been destined for winning like Charlie Sheen

Straight up and down I crumble a clown
Take over when I come to your town like I run your government now
You wondering how I put your crew under the ground
Like my style of rap or I'm a dog and they something I found
'Cause yo I ain't impressed with the way you paint a text
Lazy, lame attempts to make the bucks, but you ain't making sense
I need relief, gimme a skeef who give the greatest sex
'Cause you made me vex more than a bride when she hate the dress
Create an epidemic, I'll make your rep pathetic
To get your set dissected and dead is my best incentive
This bet's cemented like an En Vogue record said it
Respect, your never gonna get it, never gonna get
Fully immersed while you just dipsy doodle in tunes
So I get brutally cruel leaving you foolishly schooled
Leave rap to the...who's true to the rule
Don't try to stick it out like girls with no booty would do