from Mixtape Exclusives by Dan-e-o 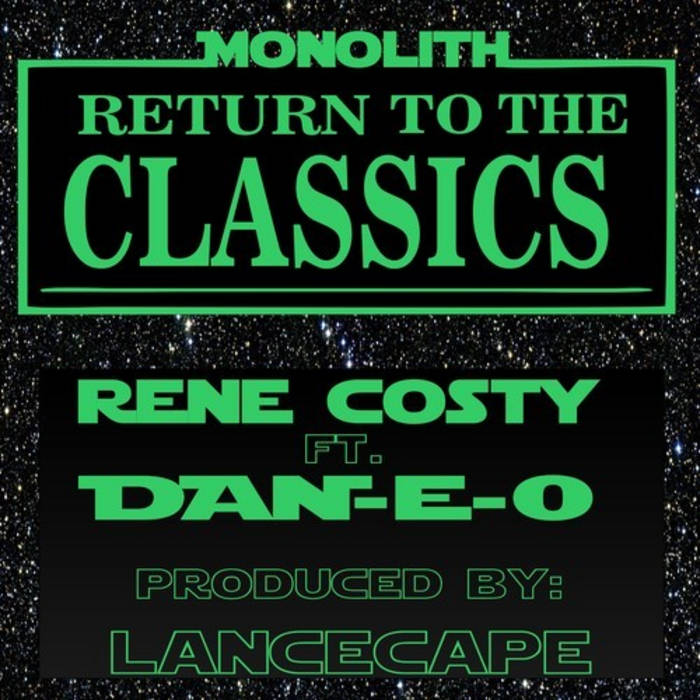 Lancecape brings to you, the 5th single off his newly released project Return To The Classics. This time around he presents Rene Costy Ft. Dan-e-o “Face To Face”. This sample initially was used by one of his favorite producers, J Dilla, on the anthemic track “Fuck The Police”. Lancecape loves the song so much he felt it was only right to pay homage to one of the greatest to ever do it.

Featured on this track is none other than the Lyrical Mastermind himself, Dan-e-o. Being an MC for well over 20 years now, Dan-e-o is no chump when it comes to shreading a topic. “Face To Face” is much more than a concept. It’s a raw, uncut battle track taking aim at people who choose to call him out over social media rather than saying it to his face directly. Dan-e-o has had enough and has finally addressed the issue and feels anyone he may be talking about can get offended. But if they’re an MC (as they claim to be) they can keep it Hip Hop and settle it FACE TO FACE!

CHORUS (x2)
You got a problem with a nigga, don't tweet about it
You calling me out? I shouldn't have to read about it
Bitch just step up, and get put in your place
Man, I'm old school nigga, we can do this live and face to face

Wow, that's how you stay? Okay bitch bring it
Nobody impressed by your online dick swinging
You're no business man, ain't suited to tie with vintage Dan
Get your picture cam, Instagram the way that I twist ya fam
How you coming harder when you fully soft?
Crazy glue condom niggaz never pull it off
Crews I'm disassembling, representing like emblems
More venom in verses than Canibus, plus I remember them
Now, the sky's the limit just for weak niggaz
I'm walking on these clouds, you nothing but feet ticklers
Toast ya then feed to ya to roaches, ain't close to feelin' ya
What happened to battlin'? Best you got is social media?

Move, eviction time, get your place took
You ain't gotta like it, I didn't post it on Facebook
Retire chap, you in dire crap, if you try to scrap
With this guy that rap dirty like drag racer tire flaps
You, only Twitter tough, your whole system's fake
You made it crystal clear, I make it Crystal Lake
Swingin' for fences, I'm vicious, relentless
Crazy with sickly intentions when flippin' each sentence that quickly gets mentioned
Dude, I'm plenty live, I'll rock anytime
Ain't need no validation from your top 25
That ain't a diss, I'm just saying it's plain they missed
Heroic heinous amazingness from Black Danther, raise your fists!