from The Book Of Daniel by Dan-e-o 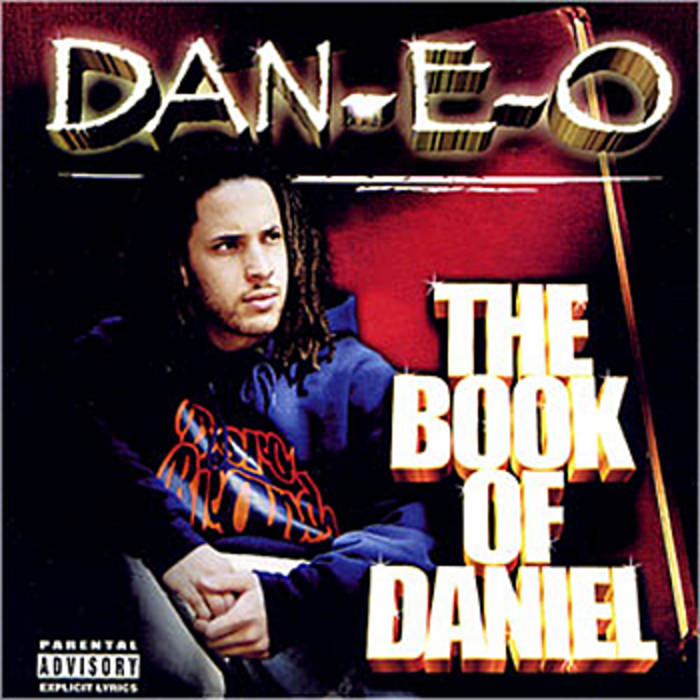 Prepare for a righteous flow yo, recite this slow so I might let lifeless hoes know
They're people, not priced for dough though this sequel to Phife's first solo
Hits evil like fighter's low blows to spite those prone to extrapolate
Chaps with stacks of papes only get what's gone when you decapitate
Thinkin' that it makes your status great, figurin' it might just laminate
Your beauty, booty's laid provided that your duty's duly paid
My mind's in truly moody states, whenever considering the skeefs that I'm renderin'
As loot bag veterans, inheriting the rhetoric
that they're better than everyone like Americans Rhyme sediments aim to explain why your game is lame
Dreams of fame are all so mundane and the same like the beats for “Jane”
It's a shame some skeefs still complain, by talkin' their “nigga ain't shit”
But sure he is, love's laborious if his pockets ain't Bigger than kids Notorious
But that don't apply to D see, gold diggers off I cut like lobotomies
Be assuming that they gonna get something outta me,
she entered in the wrong place like sodomy
Please don't try to lie, you see I know what your decorum is
Tryin' to play nigs like tournaments, professing fraudulence
Through subordinate oral ornaments
Big niggaz caught in this just 'cause your girl bends like Mercedes
Don't mean it's dainty to fuck with ladies born in the mid-80's
Having your babies while grades these shady beans flunkin' for flagrant
Consumption of payments assumptions adamant you're clumped in agreement
Lump sums now vacant stripped naked of cash you've worked and bent
Over for and yet her intent there's no way you can circumvent
Broke and out of luck, you're struck black, hoping that the slut will cut slack
Toting all your bucks, her luck's fat, while your duck's flat, yo fuck that!

Females follow my felicity performed exquisitely to stop solicits skeefs
Propose implicitly through hints that's mixed like my ethnicity
Bad thoughts would visit me when dips conceited said “rhyming is just
A hobby” so they lobby for my Queen Elizabeths and dead Prime Ministers
Up in my head lines Grimace does compels me to “Bloody Murder”
Honeys curved to cut me further from all my money, sure the
Dummies lured before funny mergers between me and scandalous skanks who just
Get cantankerous before plans they create soars like canker pus
Dismantled trust in the true love, cuz they was giving up their loot stubs,
it Make a nigga wanna do 'nuff shit, that'll get a bitch screwed up quick
You done thickened their impression brothers were made just for dollar dispensin'
While my words speak louder than actions but I couldn't afford to put my two cents in
'Til the commencement of a part time job in rap poverty hard rhymes starve
Some feel robbin' peeps solve fine problems evolving from fraud crime slobs
My mind is on guard for God so my earnings for my mic yearning
So Magicly like Earvin I'll be heard in Sweden suburban
Streets like turbans I rap to hurt men cringing send 'em with singin'
Reps like necks in lynchings but it's contingent on how stringent
My passion's engine is indigenous hip-hop kid is this Dan-e-o character
North America's relic to true rap's calibre, so like Excalibur
I chop off hoes Bad like Erykah without U
I would really doubt two bucks from my pouch soon would leave my dream's stout bloom
This tune's directed to the nigs who wanna beat a trick,
thinkin' spending loot is how you treat her slick
Now she wishing Monolith could repeat the skit,
cuz she sleep 'n lick, bitch eat a dick!